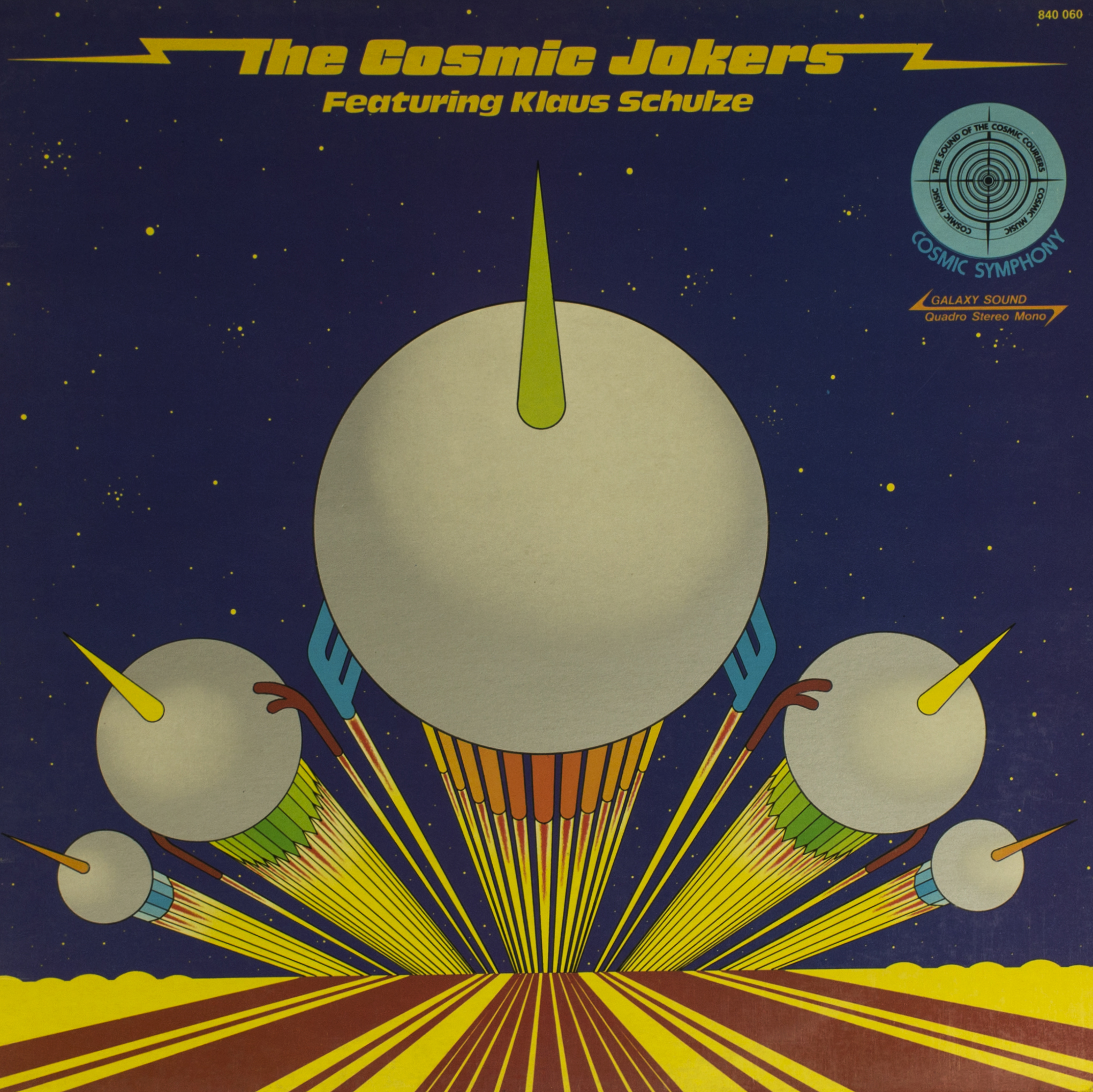 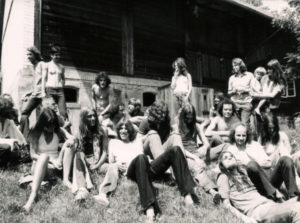 If Ash Ra Tempel must be included on a top 10 of a Krautrock list,them add Cosmic Jokers to your favourite Krauts bands,as they are a supergroup.
Former Ash Ra Tempel leader,Manuel Göttsching,was walking and come to a record shop in Berlin,and listen an album playing.He heard a cosmic-jam session, 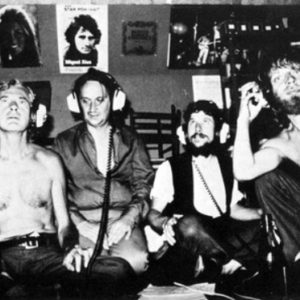 Them,he knows than producer and manager guru Rolf-Ulrich Kaiser,have only paid a session fee in 1973,at the studio recording,apparently the musicians were all high on drugs(Involved with Timothy Leary,on this acid rave) and didn’t even notice they were being recorded and made three lps. 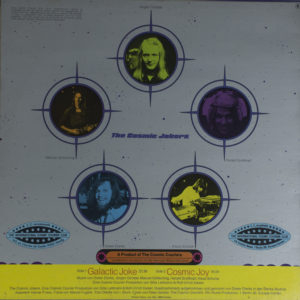 Notes
French issue on the Cosmic Music label distributed by Barclay / CPF, released in 1975.
Original Copyright with Ohr Musik is 1974. 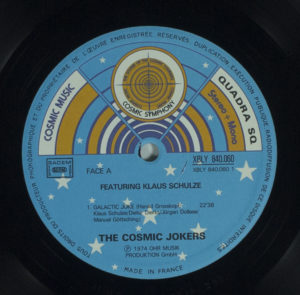